This isn’t jazz, strictly speaking, but these guys are having such a good time. Treat yourself to three and a half minutes of joy. Click here or seek out more of “Jumpers in Command”…

Everybody has their opinion about how to play the music. Monk was a one-off, a totally individual and realised artist, but he thought about it, in his own way too. This manuscript is freely available on the web (I found it at Sean Driscoll’s excellent blog – check it out). Makes a change from chords and scales…

Jazz education in the UK owes an enormous amount to Graham Collier (alongside Eddie Harvey and Lionel Grigson) without whom our current positions and extent of provision would been considerably harder to achieve.

As well as being an instigator of projects for young jazz musicians, Graham was an articulate and politically astute advocate for the music within the academic world, at a time when degree courses did not exist within the conservatoire sector. To initiate and establish a course at the Royal Academy was no mean feat in those days and assisted us in all institutions.

Unfortunately I didn’t know Graham well but he was always generous and supportive to me, never assuming a protective position regarding his host institution or his own position as Head of Jazz at the Royal Academy. Instead he actively encouraged vigorous debate and even criticism of his own work.

Jazz Education in the UK has lost a pioneer, advocate and supporter.

Do read this, a touching letter from Sonny Rollins to Coleman Hawkins in 1962 (from the website www.jazzclef.com). The greatest players possess not only self-discipline and powers of concentration, but generally, great humility. 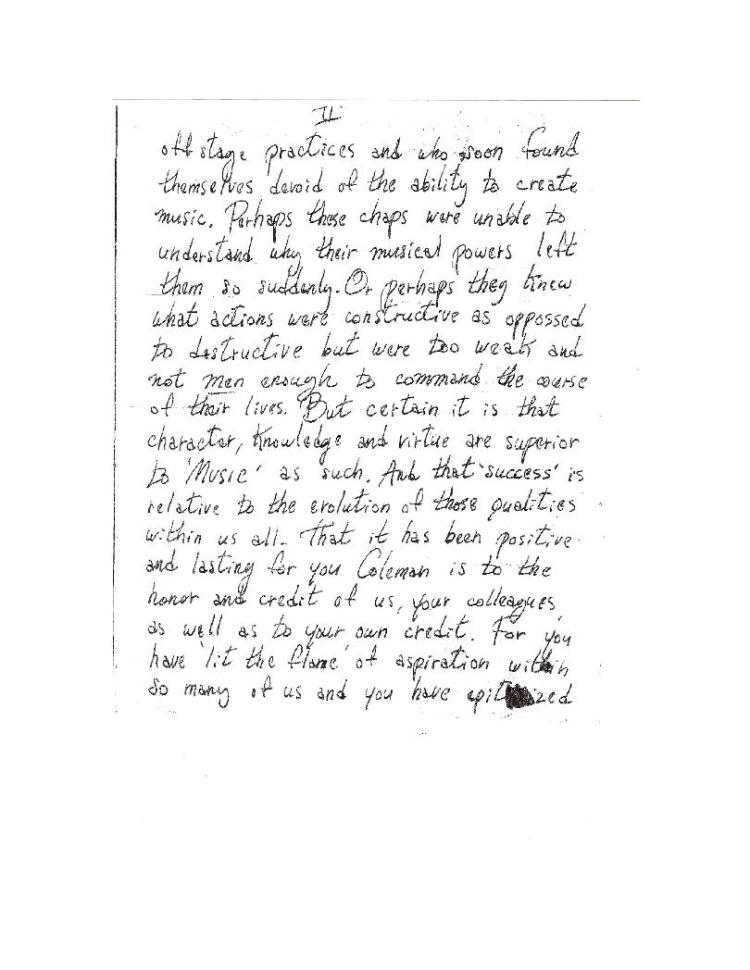 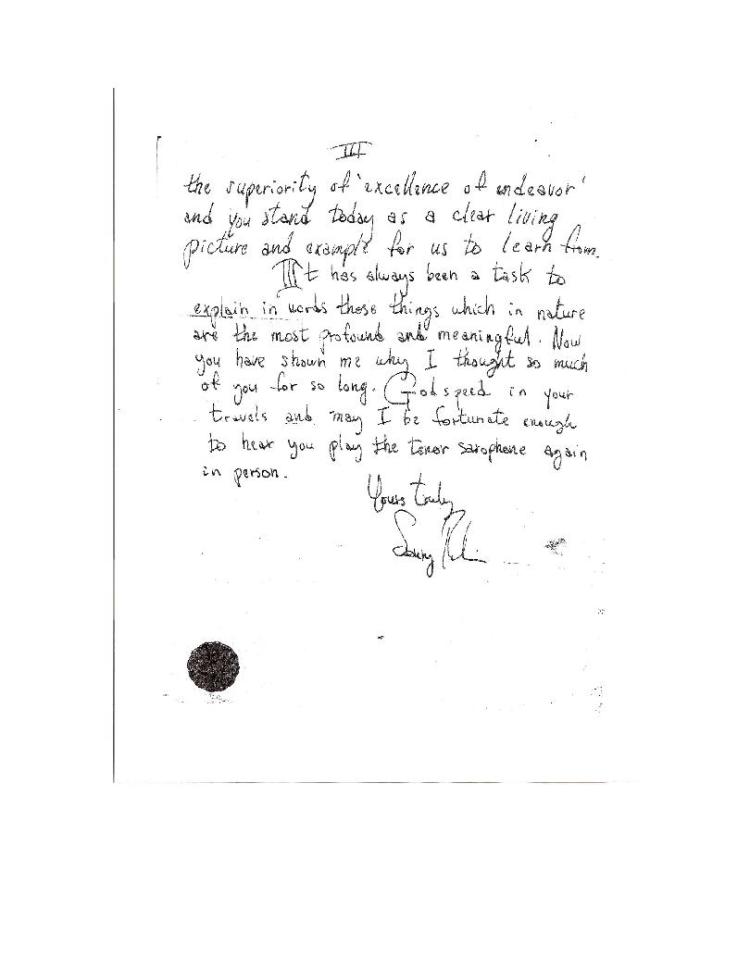